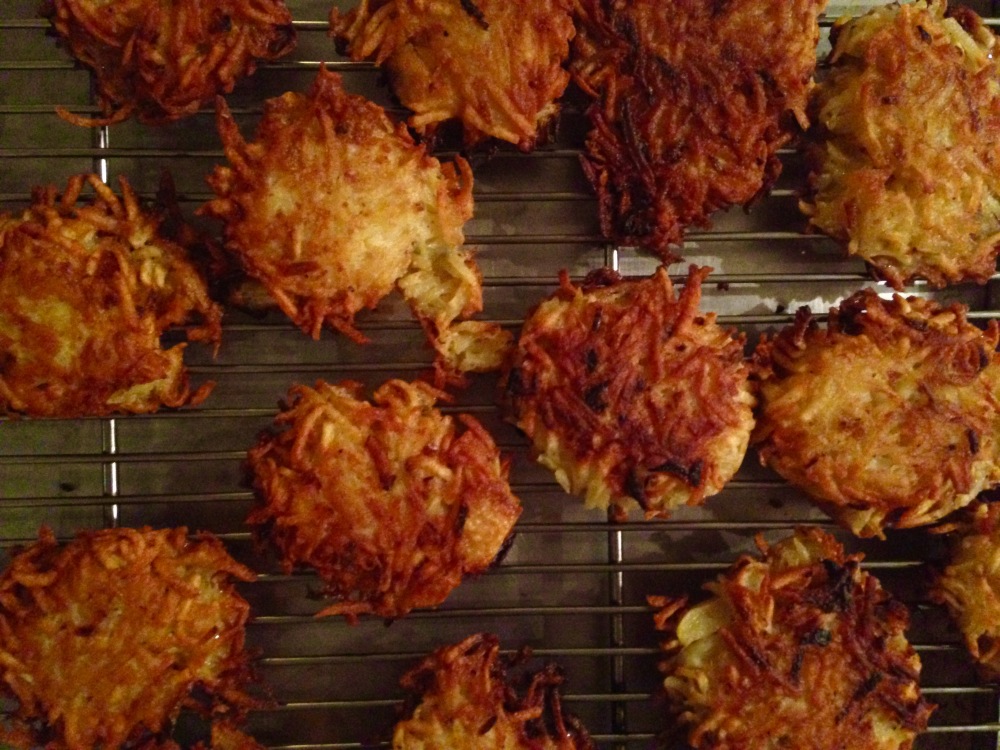 This is what I was doing when I found out I was pregnant: DRINKING WINE. This is why: I like wine. Also: My cycle is 26 days. For the men: That means every 26 days of my fucking life I bleed from my VAGINA. On Day 26 of my last MENSTRUAL CYCLE, I took a pregnancy test. No period yet, but the test said not pregnant. One blue line on the pee stick instead of two. So I opened a $100 bottle of cabernet I’d been saving from my 40th birthday and drank three-quarters of it. Oh my god was it FUCKING DELICIOUS. THANK YOU DAVE WHO SPENDS EVERY WEEKEND IN NAPA AND HAND-SELECTED THIS BOTTLE FOR ME THANK YOU SO MUCH.

Also on that day, convinced I was not pregnant because of the NEGATIVE PREGNANCY TEST, I stopped taking my progesterone suppositories NOT SORRY YOU KNEW WHAT KIND OF A BLOG THIS WAS. (Progesterone is a naturally occurring hormone that helps your uterus not shed your baby into your underpants, but it decreases with age. My progesterone level was on the low end of normal, so I asked for a prescription.) Partly I stopped taking the suppositories YES I SAID IT AGAIN because even with 50 percent coverage from Kaiser, one bottle costs ONE HUNDRED AND NINETY-SIX FUCKING DOLLARS.

Then the next day, I drank a beer. Then the NEXT day, I pulled the rest of the bottle of wine out of the fridge and brought it to room temperature. Now it was Day 28 and still no period. Still, convinced I wasn’t pregnant, I poured a glass of wine but peed on a pregnancy test. Then I went back to the kitchen, drank half a glass of wine, and forgot about the test because I was drinking wine and reading the New Yorker alone at my dining room table, one of the great pleasures of my life. A few minutes later, I remembered the test, jumped up, ran into the bathroom, picked up the test, and had the shock of my life: TWO BLUE LINES.

Was I happy about it? Of course! But not right away. Mostly I was just shocked. Because a 40-year-old person (me) and a 49-year-old person (my provider of intercourse for nearly seven months, Strong Jawline) got pregnant the first time we tried. I cannot tell you the pain and heartbreak so many friends either went through or have been going through for YEARS just trying to get pregnant. It didn’t seem likely that with my luck (shingles at 28, a haircut once from someone who not surprisingly turned out to be a meth addict, the single time I did speed because I thought it was cocaine — NOT THE SAME DRUG — and was awake for three days on a houseboat on Lake Shasta) that I would get pregnant AT ALL. I seriously thought I was going to be writing this blog for a year, complaining about not getting pregnant and slowly running out of material.

Fortunately for my blog, this is what pregnancy feels like: DICK. I’m either exhausted or nauseated or worried out of my fucking mind because I’m not exhausted or nauseated, since lack of symptoms can mean dead baby. Since I’m 40, my pregnancy is inherently high-risk. I’m not even out of the first trimester, and we’re not doing genetic testing until January, so there’s a lot that can go wrong (see below). All I know so far is the baby does not have cystic fibrosis (and my blood type is B+, and I don’t have chlamydia or gonorrhea, which I could have told the doctor myself).

Also, my boobs hurt, I’m constipated, food doesn’t taste good, and for the first two weeks I had a headache. Also, standing for a half hour on a crowded BART train during rush hour is suddenly EXTREMELY DIFFICULT. The thing is, I don’t look like the pregnant woman in the square blue graphic on the wall above the differently abled seats. I don’t look pregnant at all. But I FUCKING AM, and I’m fucking tired and pukey and realizing for the first time that they should change the sign so you have to give up your seat to someone who SAYS she’s pregnant. More than once, with all these symptoms, I’ve thought, This baby better come out stuffed with money!

(I’m generally not a proponent of trigger warnings, but I’m fucking pregnant and emotional, so if you’re currently pregnant, trying to get pregnant, or were pregnant and it didn’t end the way you’d hoped, consider not reading the rest of this blog post.)

Here is a list of some of the shit that can go wrong:

I know all this not because of reading the internet late at night (which I have done and will never do again — NO MORE PREGNANCY FORUMS GOD PLEASE) but because for almost everything on this list, I know someone — and in some cases, multiple people — it’s happened to. Yes, the vast majority of pregnancies are fine, but when shit goes wrong — damn, God. Put the bottle down.

Strong Jawline, fortunately, has been very supportive. The day after Thanksgiving, we drove to a park in the East Bay to go hiking. After about 45 minutes on a winding road, we parked in the parking lot, where I sat in the front seat alternately panting and shoveling an almond-butter sandwich I’d meant to save for later.

SJ (thoughtfully and apropos of nothing): Apparently men spending time with pregnant women lowers their testosterone.
Jenny (weakly): I find it interesting that you bring that up now when I’m just sitting here eating and not being any fun.
SJ: We’re just eating. You don’t have to be fun while we’re eating.

SJ (again, apropos of nothing): Is there such a thing as a mistercarriage? Or a misscarriage. It sounds like a sexist term. It should be mscarriage.
Jenny: Noted.

To make these latkes, with a recipe almost entirely cribbed from Bon Appétit, you need: